Consolidation of our retail channels, and the first musical instrument salesmen 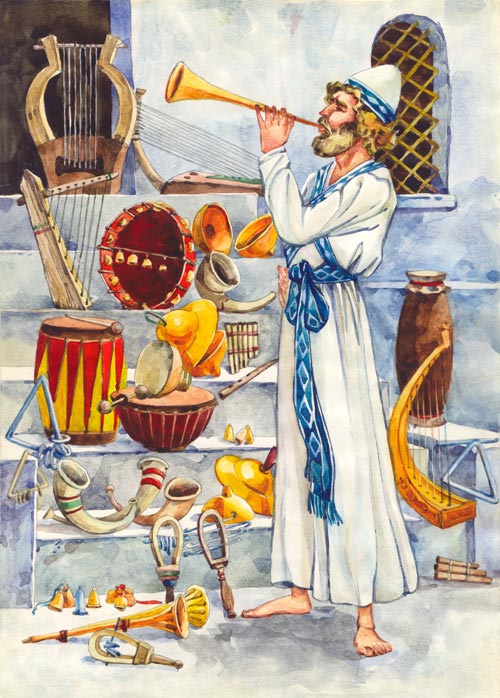 To help us understand the changes that have occurred in our industry over the past couple of decades, and to put things into some historical context, please enjoy this tongue-in-cheek allegory. 😊

Contrary to popular belief, account managers in ancient Mesopotamia sold more than just grains, oils and textiles. Yes, that’s right, the musical instrument trade was alive and well in early Sumeria and Babylon. A thousand years before the rise of Greek civilization, the birth of the not-so-modern MI channel took place. Horns, strings, percussion instruments, flutes and trumpets all existed and had to be sold by someone. Enter the Opportunites, a tribe of wanderers looking to make a few gold coins (the word “opportunity” evolved over time from these antediluvian, sometimes aggressive nomadic peoples).

In these very early times, it was a basic requirement that a retail salesperson had to actually play the instrument he or she was selling. At right, there’s a scene from antiquity, depicting a sales presentation at one of the nicer stores of the time, Davus Phillipus Musicas, a three-tent outfit located in the fertile Tigris River Valley. No one back then was “making beats,” and the word “producer” had a completely different connotation.

Ancient texts speak of the masroqi (most likely the earliest flute-like device), the sambuki (predecessor to the modern harp) and of course the more familiar lyre (early stringed instrument). These instruments sold briskly, and a network of Independent Merchants sprung forth. Things were going along smoothly for a couple of centuries, despite a somewhat uneasy alliance between the instrument makers and the early retailers. You see, many of the shops were dirty, cluttered places, with little regard for the display of the instruments or the comfort of the potential buyers. In some cases, merchants did very little to train their salespeople, treating them as slaves, and didn’t always support the various manufacturers.

Then one day, a new force in primal retailing appeared. The Lyre Center started in the west, with a few shops that were very well run and profitable for the owners. Their logo, a white lyre on a dark blue background, would eventually strike fear in the hearts of the Independent Merchants, many of whom had no idea how to respond to such a formidable opponent. As Lyre Centers swept across ancient Mesopotamia, competing store owners folded up their yurts and fled into the mountains seeking refuge. For the next century, the Lyre Center expanded its sphere of influence and total carnage ensued.

The Opportunites tried to redefine themselves amidst all this change and made gallant efforts to help the beleaguered Independent Merchants reform themselves. Alas, the die was struck, and the tide began to sweep undercapitalized, unkempt shopkeepers from the scene. Some even went to work for the Lyre Center and to this day, can be heard muttering about the “good old days.”

The rest, as they say, is history.