The stark, in-your-face, graphic vocabulary of Punk Rock can inspire music brands to create marketing that speaks to today’s youth.

Punk Rock was anti-establishment, anti-society and anti-commercial.  A middle finger in the face of mainstream America influencing everything from music to fashion with a biting wit and surly demeanor. The graphic energy of punk can be used to break through slick and stale music marketing.  Here’s how:

1) Put away your laptop and pick up a pair of scissors.

The outrageous behavior and unprocessed music of the Sex Pistols is reflected in their graphics. Jamie Reid literally cut and pasted letters from magazines and newspapers to design this aggressive and inspired logo.

Reid also designed this 1977 “God Save the Queen” promotional poster. He manipulated England’s most sacred icons Queen Elizabeth and the Union Jack to create this irreverent image. It was shocking in the 1970s and four decades later still inspires and offends.

Be spontaneous, but thoughtful. Use non-conventional design techniques to create a fresh approach. And don’t be afraid to tweak and taunt conventional icons. 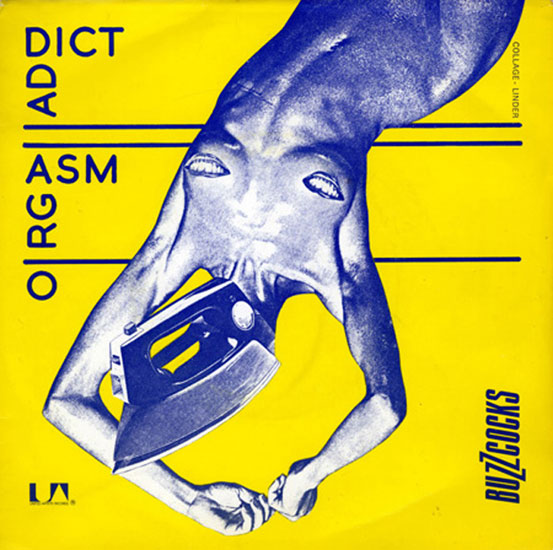 2) Be shocking and outrageous.

In 1977, Malcolm Garrett designed this art for the Buzzcocks with a sexually provocative collage by artist Linder Sterling. Using an X-Acto knife and a pile of women’s magazines, Sterling assembled the two-color graphic image a breakthrough moment in album art.

Appropriate the images and materials around you to create art that is relevant to current issues.

Black Flag, an American punk rock band, was one of the originators of hardcore punk. Artist Raymond Pettibon (brother of the band’s leader, Greg Ginn) designed the band’s trademark four black bars which echoed the brutal simplicity of the music. The logo (a reverse image of the white surrender flag) became a symbol of rebellion and anarchy. As the band gained popularity around Los Angeles, the logo spread as graffiti art.

Dave Grohl attempted to tattoo this logo on his left forearm when he was 12, but gave up after three bars (not the full four) because it was so painful. Sometimes a simple solution can generate a thoughtful response with a passionate following. 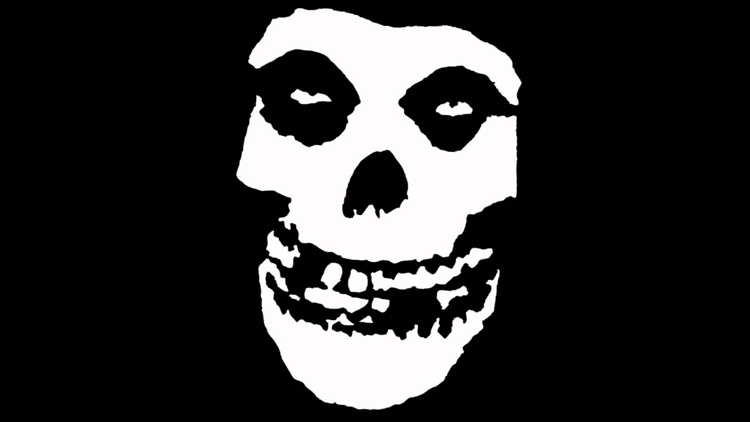 In 1979, the Misfits released their “Horror Business” single and with it a skull-like image that became the face of the band. Their mix of punk rock and horror film themes is projected by this haunting illustration, designed by band members Glenn Danzig and Jerry Only. An image does not have to be polished to be iconic. 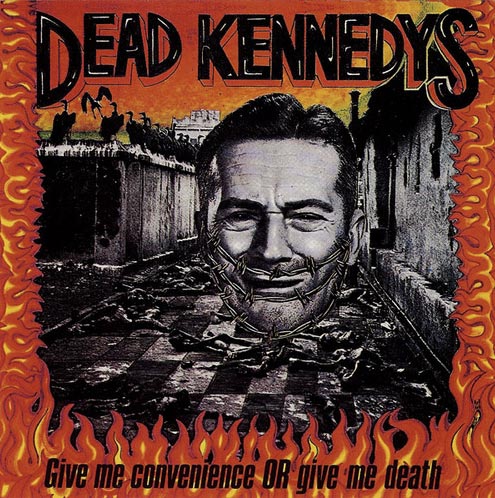 5) Don’t be afraid to be tasteless.

Winston Smith created the artwork for the American punk rock group Dead Kennedys. Even their name is the height of tastelessness. The album title, Give Me Convenience or Give Me Death, is intended as a comment on American consumerism.

Do not be timid. Vanilla ideas and safe art are invisible and forgettable to your audience.